I’m going to enroll some titles in Kindle Unlimited, which means that they have to be available exclusively at Amazon. I have a number of promotions booked this month, which will influence both the timing of series going into KU and (frankly) how many series go into the program.

I’ve decided that the Dragonfire Novels, the Dragons of Incendium and the Prometheus Project will definitely be enrolled, probably the first week of July.

It’s the paranormal and fantasy work that’s on the move. I plan to enroll my time travels in KU in July as well. I’m picking away at the unpublishing so you’ll see books disappearing from the various portals. Incendium, for example, is already unpublished at Nook and GooglePlay. There are collections in all three series included in a promotion at Kobo that goes through June 30, so they’ll be available there until that’s completed. The time travels are included in a promotion at Kobo that will run June 27 to July 4 so can’t move to KU until after that.

But I’ve already started enrolling titles. The two short works linked to my dragon PNR series – Coven of Mercy and An Elegy for Melusine – are now enrolled in KU.

Beguiled has been unpublished from other portals and is available only at Amazon, because those two shorts are included in it, but that collection is not in KU. 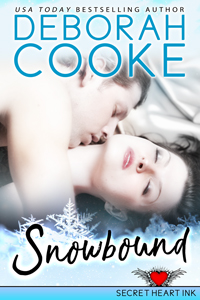 Secret Heart Ink is also enrolled in KU now, and I’ve dropped the prices on all five of these books to 99cents, too.

If you’re missing any of these titles in your collection and prefer to shop at other portals than Amazon, this is a good chance to grab those books.