This week, Harlequin has published a German edition of one of my books. You can see it at left. They have the right to do this, and that’s not my concern. What troubles me is that it looks like a new book, but it’s not.

This book is a German translation of My Lady’s Desire, which was originally published in English in May 1998.

The book was already translated and published in the German market in 2001.

The previous German cover is on the right.

The two editions aren’t linked on Amazon.de – which is what usually happens when there’s a new edition of a previously published title.

Please don’t be fooled into thinking this is an entirely new book.

The original English edition of My Lady’s Desire, btw, had a lovely cover illustration by Judy York, as shown below. Judy’s artwork was used in several other markets, too, but not Germany. 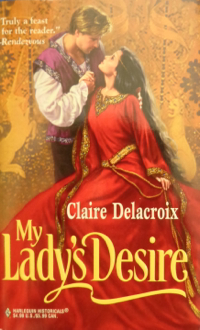 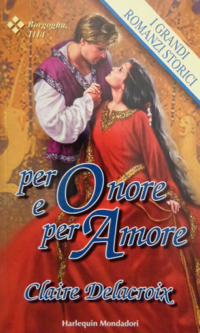