One of the interesting things about indie publishing is that there are lots of experiments an author can try. Some work and some don’t, but having the option (and seeing the possibilities) is pretty exciting. So, this post is about an experiment that didn’t work, but two new options that just might. 🙂

When I originally started indie-publishing my titles, I made print editions available through Createspace, which is an Amazon company. That meant the print issues were listed for sale on the Amazon website. Theoretically, since I’d chosen the Extended Distribution option, they were available for other bookstores to order, but a lot of bookstores don’t like to order anything from Amazon.

So, a few years ago, I made my print editions available through Ingrams as well as Createspace. This meant some tweaking to the files – the covers need to be adjusted because the interior paper is a different thickness – but was a good thing. Print editions of my books were available to libraries and also at chains other than Amazon. The less-good thing was that the cost of all that extra distribution makes the book prices a bit higher. My books are still all available from Ingrams, because I think wide distribution is a good thing, but I’m always looking for ways to get you a better deal. 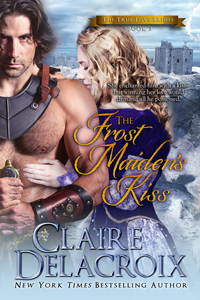 About a year and a half ago, I spoke to a publishing company that had a lot of ideas for improving distribution for print titles. I met with them at a conference to continue our discussion, and ultimately decided to license my two newest Claire Delacroix series to them in print. They took over the print distribution of The True Love Brides series and of The Champions of St. Euphemia series. Two of the Champions titles were only ever published through this company.

Companies change, employees leave and some experiments just don’t work out that well – like this one. This company and I agreed to part ways in December 2016, and control of the print editions of those books has returned to me. They are still distributed through Ingrams, but a very cool thing happened last summer—both Amazon and B&N created portals to publish print books directly through them. The Amazon option is a lot like the older Amazon option (Createspace) but I like that everything is tracked in one place when I publish through KDP. The B&N option means that B&N stores can more easily order stock of books. Both portals allow for better pricing on the books, because the distribution is exclusive to each company and not wide. 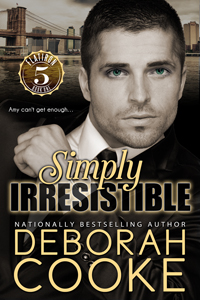 The first book I pushed through these two new portals was Simply Irresistible, which is also available through Ingrams. The cover designer has to do some modifications for the cover spine, but it’s a pretty easy process. So far this month, I’ve published The True Love Brides series through both of these portals—it means that the retail price is lower for the print titles at both portals. The Ingrams distribution ensures that the titles are available beyond Amazon and B&N. 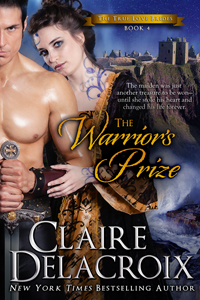 We’re trying to work out one glitch at Amazon with The Warrior’s Prize, but I expect that will be resolved shortly. The other three books in the series are available at Amazon in print and all four are listed at B&N—you’ll know which are the new editions because the retail price is $9.99 or $10.99US instead of $14.99 or more.

Next, I’ll be publishing print editions of the  Champions of St. Euphemia series through these two portals.

Since I now have the rights back, I’ll do a Collectors’ Edition of The True Love Brides series later this year, with all of the books in a single hardcover volume. (I don’t think I can do one for The Champions of St. Euphemia – with five books in the series, the page count will exceed the maximum. I’m thinking about that puzzle, though!)

One thought on “New Paperback Editions”