This month, Mr. Math and I have done a few road trips, including one to see the RCMP Musical Ride.

The RCMP Musical Ride travels around Canada each year (and to other countries, too) to perform as a fundraiser for communities, and also to recruit for the RCMP. We saw the Musical Ride a few years ago for the first time, and were excited to have the opportunity to see it again.

There are 32 horses and riders in the Musical Ride, and they perform a number of routines in time to music. The horses are bred and raised for the RCMP in Pakenham, Ontario, and they are truly lovely creatures. They’re bred to be black and about the same size. The riders are all RCMP officers, who do a two-year tour of duty with the ride before returning to their commissions.

It’s tough to take pictures of horses on the move, but here are my attempts! 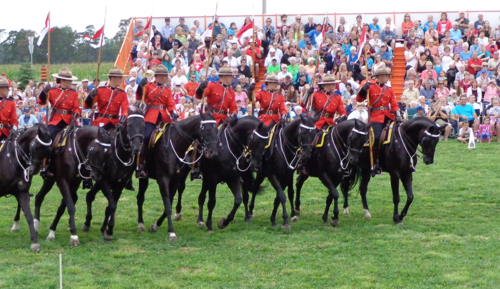 The 32 horses break often into groups of 8.

One of the things that I really didn’t manage to photograph well was the maple leaf on the right hip of each horse. It’s not a brand, but is done with a stencil and a paintbrush, brushing the hair against the grain. It catches the light. You can just barely see one on the second horse in the line on the right. 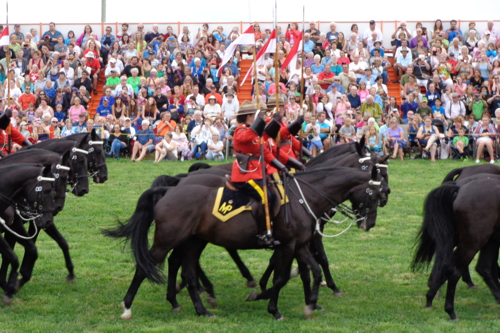 The Musical Ride shows the origins of the RCMP as a cavalry police force. That’s why they have the lances and pennants. 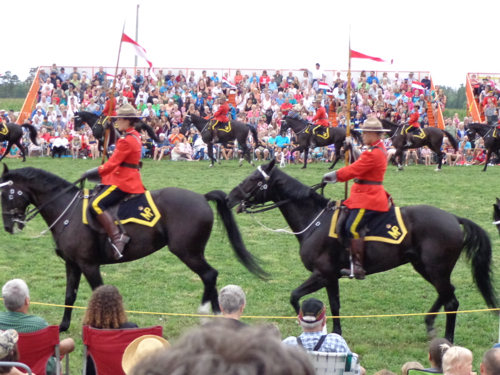 This is the “dome”, which used to be illustrated on the back of the Canadian $50 bill.

They do a lot of wonderful precision riding which photographs poorly but is amazing to watch, like pinwheels, cartwheels and threading the needle. There are aerial shots and videos of the various formations performed by the Musical Ride on their website, right here. 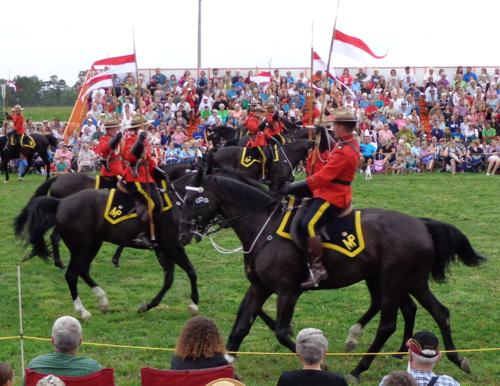 Here is the company after the cavalry charge—you can see that (once again!) we made the strategic error of sitting on the opposite side of the arena from the VIP seating. We were able to photograph many horse bums. 🙂

After the performance, the horses are brought to the perimeter of the arena. The officers answer questions and the horses gather some affection from the crowd. This is Venus, ridden by Cst. Tracy Aube: 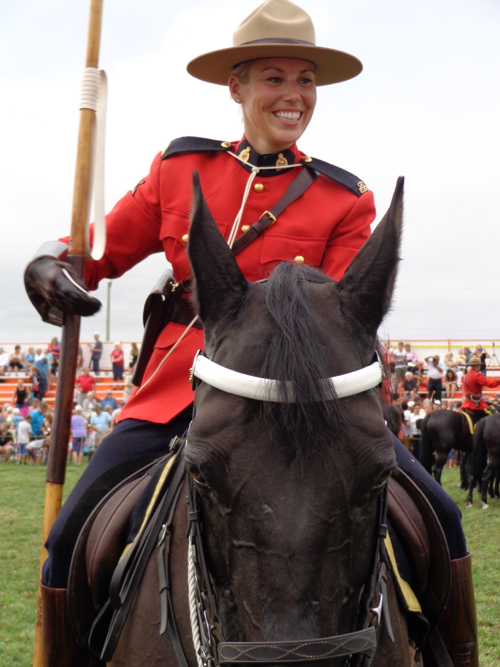 And this is Sherif, ridden by Cst. Leslie Goode. He was loving the attention! He bent down right away for the girls and was leaning into their pats on his forehead. 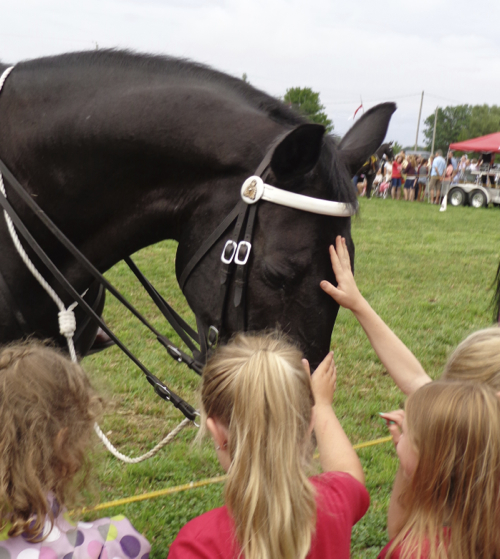 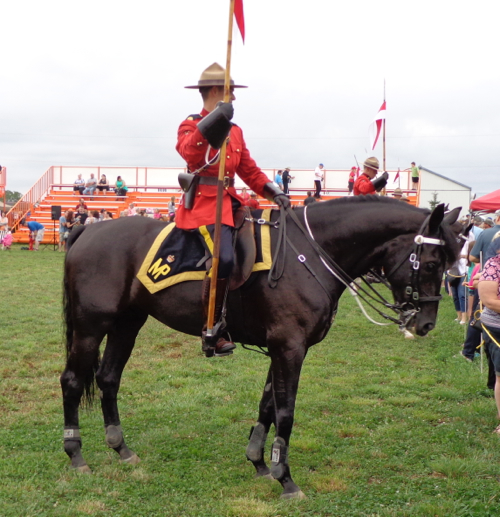 It was a wonderful evening, and we’ll probably go to see the Ride again. The schedule for the RCMP Musical Ride is on their website, right here, and the current horses and riders are listed on their site, right here.